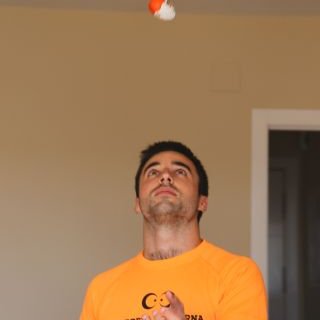 In this talk we will cover how we apply QA in Emergya for Python projects, covering from the inception phase to the delivery phase.

We will see a showcase of a real python project to learn by examples (code guidelines definition, Continuous Integration system, Continuous Unit and Functional testing, Performance testing and Continuous Delivery.

We will focus the talk in how a team should manage a Python project from the QA side, showing how a team of developers and QA build a real team.

Alejandro started working as a web developer in 2006 after starting his Computer Engineering & Information Systems degree at Pablo Olavide University (Seville). After spending a few years developing in PHP and JavaScript, he also started working with Java.

He moved to the UK where he worked as a developer, learning and enjoying his life there. During the ending of 2012 and the beginning of 2013, he worked at klicap - nowadays acquired by CloudBees. There he discovered how amazing Continous Integration and contributing to the community could be.

In June, 2013 he started working at Emergya as a developer in an international Drupal project but he soon discovered his real passion was the QA world. Since that moment, he has been working at Emergya building the QA area from scratch with José Antonio Sánchez - nowadays he is the Emergya QA Area leader - and also as a Tech Project Manager.

He has been the QA lecturer at Pablo de Olavide University since 2013 because he loves transfering knowledge and bringing real world problems into the university.

He started working as Project Manager but he never forgot the QA role and so strong was his belief in the importance of QA for a project that the Emergya QA Team has been growing. With the help of some Emergya colleagues, in less than a year, the QA Team has increased by more than 12 people and they are working on the majority of the projects.

He worked as a developer in Drupal, Java, Ionic and Angular projects while always keeping an eye on the QA side, helping the QA team on the projects and also coordinating the QA Area in Emergya where, with José Antonio Sánchez, Óscar Castaño and Francisco M. Araque, they make a great team.

Nowadays, he supports Alejandro Laó in the huge challenge of applying and modeling the QA process in the Python and Django projects lifecycle.

He enjoys spending his free time with relatives and friends, playing football, reading books, learning and keeping always keeping in touch with tech trends and, of course, contributing to the QA community and also to the Ionic and Angular one. He is known as @agomezmoron in the community and he is a tech and QA lover.

“Teamwork doesn’t take strength to win. It takes the true heart of the team to win.” Emily Voyles